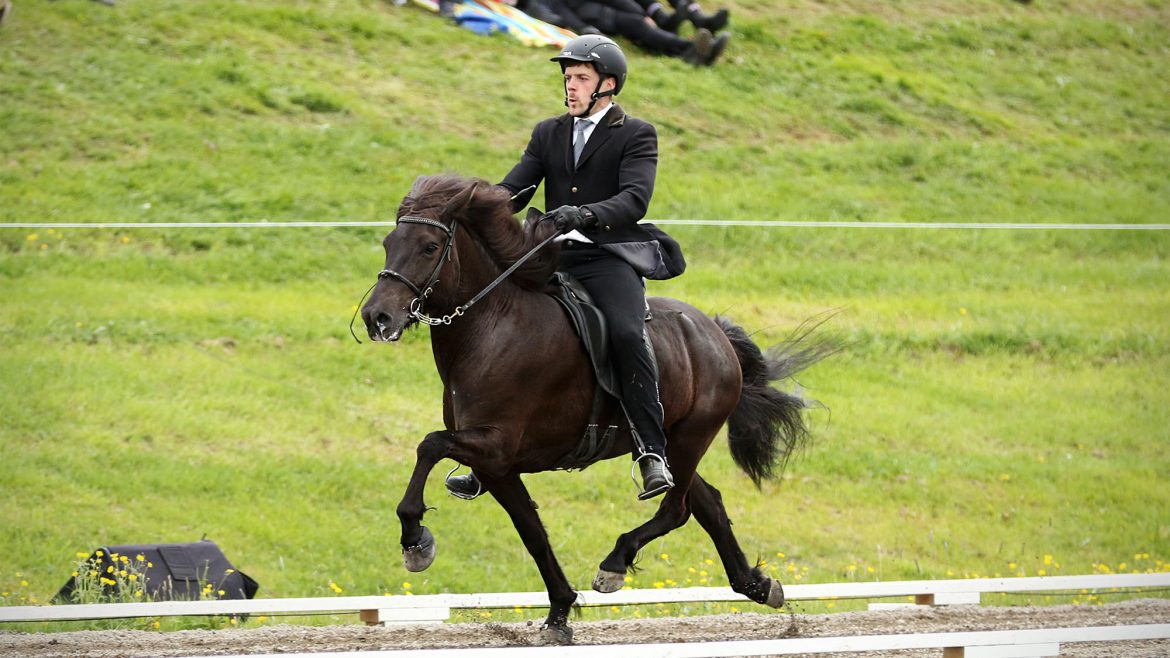 Sigyn is out of the honorary dam Vigdís frá Feti, which makes her a sister to Vilmundur and Arney from Fet, who have both received honorary prize for offsprings.

Vigdís has given eleven 1. prize offsprings and 13 have been evaluated. Thus, very strong bloodlines run through Sigyn, but her father Ómur has also received honorary prize for offsprings.

Sigyn is a true “gæðingur” but she won the class of 5 year old mares on Landsmót 2018, when she received 8.56 in total. For example, she received 9 for tölt, pace and spirit and receiving 8.62 for ridden abilities.